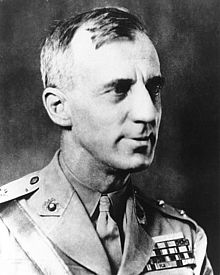 This is the time of year we often hear people claim that the original meaning of the holidays Thanksgiving and Christmas have been lost to commercialism. The same holds true for Veteran’s Day, formerly know as Armistice Day.

Armistice Day celebrates the signing of the treaty that ended World War I, at that time known as the Great War. It was a celebration of peace, though there were also tributes to the men who died (and those who survived) that war. The name change was an attempt to add recognition for veterans of later wars, since 11/11 is a very specific anniversary. The peace theme has been forgotten; it has become yet another day on which Americans glorify war, under the guise of honoring veterans.

November 11th is, in any case, an excellent day to celebrate, because it marks the ending of what was probably the most pointless, idiotic conflict in human history. This mother of all atrocities cost the lives of 9 million combatants and 7 million civilians. There were no good guys, no Allies versus Nazis, just a collection of aging colonial empires (plus the upstarts Germany and America) jockeying for wealth and power.

The so-called Great War normalized the use of conscription (volunteer armies being dismissed as “unscientific”) and censorship of the press, even in the United States. As a direct result of the war’s toll upon Russia, the Czar’s government fell, giving rise to the 75-year nightmare known as the Soviet Union. The venality and greed of the victorious British and French led them to humiliate and punish the German people, and fragment the Austro-Hungarian Empire, creating the fertile soil that gave rise to Hitler, the Holocaust, and the Iron Curtain.

But wait, there’s more! The years 1914-1918 were a time when technology made the old modes of war obsolete, with weapons that enabled murder on an industrial scale. Yet the military leadership refused to recognize this change, treating their slave armies as disposable cannon fodder. British and French commanders ordered their men to charge into German machine gun fire to be mowed down like cattle. Those who refused these acts of suicide were charged with desertion and murdered by their so-called leaders.

Then there was the introduction of chemical weapons such as mustard gas, a horror that plagues us to this day.

It was called “the war to end all wars,” but it led to an even bigger war just 20 years after the Armistice. It was the “war to save democracy,” yet it, gave birth to totalitarianism and genocide in the world’s largest country, and severely impacted freedom in many others. Even the Spanish Flu pandemic, which killed around 50 million people worldwide, probably would not have been as severe if not for the widespread dislocation of peoples, and the diversion of public resources to warfare rather than health.

Had the United States not been foolish enough to join in the carnage, the war might have ended in a stalemate, saving millions from oppression and annihilation in the years to come. The planet-sized ego of US President Woodrow Wilson, combined with the corrupt greed of J.P. Morgan and other anglophile tycoons, guaranteed that the worst possible outcome would result.

Perhaps we humans will someday learn from our mistakes. We, the common people of the world, can reject the propaganda of the psychopathic elites and refuse to fight. In the midst of the bloodshed of the Great War was the inspiring example of the spontaneous, unofficial Christmas Truce of 1914, in which German and British soldiers crossed the trenches to exchange gifts, prisoners, and well wishes. 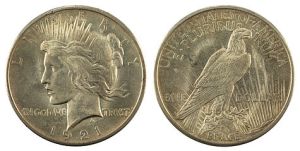 Another inspiring result of the Armistice was the Peace Dollar, designed by sculptor Anthony de Francisci, which is in my opinion the most beautiful coin ever minted by the USA. (Lady Liberty is modeled on de Francisci’s lovely Italian-born wife Teresa.) Note that contrary to most US coins, the bald eagle is perched, resting, and minding its own affairs. That’s a symbol for the non-interventionist ideals this nation must learn to live by.

Photograph of Peace Dollar is from coinpage.com