The movie Her, directed by Spike Jonze and starring Joaquin Phoenix as a man who falls in love with a computer program, was released in 2013. The film won numerous awards, including an Oscar for Best Original Screenplay. Somehow I missed seeing it until this week. Though it’s not a new release, as a life-long software engineer, I felt compelled to comment.

I’m conflicted about the idea of a sentient computer program. Knowing how complicated and error prone software can be, it seems unlikely at best. Possible, yes, since the brain is a biological computer. Yet I don’t believe this will happen in the near future, as the movie portrays it.

The biggest problem for me was not the concept, but its implementation. I really don’t understand why people liked Her so much. My theory is that, like that other 2013 release, Twelve Years a Slave, it was a movie people felt obliged to like. Except that Slave was dramatic and compelling, Her was slow, ponderous, and mawkishly emotional.

The first problem was the protagonist, Joaquin Phoenix as Theodore Twombley. He’s the ultimate gamma male, a pathetic loser who apologizes to everyone. Appropriately enough, his job is writing heartfelt letters for other people a la Cyrano de Bergerac. To help provide order to his foundering life, Theodore purchases an “operating system” (actually an artificial intelligence) called OS-1, for which he chooses a female voice and personality. It begins as an advanced analog of Siri or Alexa but, sensing its owner’s loneliness, it names itself Samantha and adopts a flirtatious persona. It’s not surprising that the pathetic Theodore falls for Samantha, but “she” soon falls for him as well, like a modern Galatea to his Pygmalion. With no Aphprodite to bring her to life, Samatha communicates with Theodore and experiences the world through his cell phone.

As the “relationship” progresses, Theodore tells friends and coworkers about “her.” Everyone accepts this bizarre situation without question – except, to her credit, Theodore’s ex-wife. The movie seems to prophesy the current transgender mania, with its inherent contempt for social convention and the limitations of the physical body.

Voice actor Scarlett Johannson does a competent job as Samantha, who is fun-loving, curious, and affectionate. In one scene, she and Theodore have verbal sex, whereupon the screen goes blank for a moment. I thought my disc player had broken, but then realized that Jonze probably meant for the audience to imagine the event. The obvious solution, virtual reality, is mentioned as a way to play video games but nothing more. Samantha could have at least had an appearance for Theodore to fixate on. VR sex would have been more realistic than the ludicrous scene in which they enlist a surrogate (Portia Doubleday) to play Samantha’s role in their assignation. No doubt because of the movie’s relentless political correctness, the surrogate is not paid (which would imply prostitution) but a volunteer. Rather than enjoying the experience, the hapless Theodore feels awkward and guilty about cheating on his “girlfriend,” and the surrogate leaves in tears.

The final insult to our intelligence is how the movie ends. In a nod to the sci-fi concept of “the Singularity,” Samantha hooks up with other OS-based personalities who then collectively “evolve” to a point where they no longer want to deal with humans. Thus they bid farewell to their reality-bound companions and disappear. Nobody worries about what these super-intelligent beings are plotting – will they control the world or destroy humanity? No, we only see the emotional consequences for poor Theodore. In a more realistic scenario, he and his fellow jilted OS owners would have sued the software company that produced such defective products into bankruptcy.

In summary, Her might be enjoyable for those with a taste for unconventional romance, but I found it dull and disappointing. If you want a serious look at the potential of artificial intelligence in the near future, look elsewhere.

If you enjoy stories about computers, you’ll like my novel Centrifugal Force, available on Amazon.

The greatest thing about the Internet is the free informational tools. It’s difficult to remember what life was like before convenience of Google, Wikipedia, Twitter, and Facebook. Lately, though, these sites have been the focus of controversy. Conservatives and libertarians have long suspected them of left-wing bias, and the leaked Clinton emails have confirmed it. Yes, they’re private companies that can set their own rules, but they need competition. Recently, alternatives have appeared: Gab, a free-speech version of Twitter, InfoGalactic, a dynamic fork of Wikipedia, and Duck Duck Go, a privacy-focused search engine.
I heard about duckduckgo.com at a libertarian conference in 2012. Its motto is “the search engine that doesn’t track you” the way Google does. It has a number of other handy features that Google doesn’t. The best thing is the consistency of its searches; it doesn’t consider your previous searches when returning results. I’ve used it for a while now. It’s just as useful as Google, without the creepy suggestions based on my search history.
InfoGalactic debuted recently as an alternative on-line encyclopedia. Currently, most of its pages are clones of those on Wikipedia. This is legal because of Wikipedia’s Creative Commons license. Infogalactic’s administrators are attempting to create an environment free of bias. They’re replacing Wikipedia’s community-editing feature with a more sophisticated set of tools and algorithms. In place of Wikipedia’s ideologically motivated editing staff, they plan to introduce personalized content controls that will allow each reader to select their own viewpoint. This could be useful for debaters looking to hone their arguments. It would also meet the needs of people who might want to filter their information, for example, devout Muslims. So far there’s not much divergence from Wikipedia, and its servers have been rather slow. I’m looking forward to seeing major changes in ideologically sensitive articles.
Gab, the Twitter alternative, is still in beta. Its address is gab.ai, “ai” being the domain of the island of Anguilla. Gab aims to provide an alternative without PC-based censorship. It forbids only material that is legally problematic: child pornography, incitement to violence, and unauthorized release of personal information. The frustrating aspect is that there’s currently a waiting list, but I only waited a few days for my account. At present, I’m using Gab as an opportunity to gain followers as an early adopter.
Facebook will be harder to replace. A promising site called “this.com” started last year but already went belly up this July. () The best alternative seems to be Disapora.com, which debuted in 2010 and is based on a decentralized server model. Like duckduckgo, it pledges not to abuse personal data. It hasn’t yet lived up to its hype, but it’s hanging in there.
In the coming months, I plan to use these alternative sites as much as possible. I encourage you to check them out. I’ll keep you posted on my experiences.

If you’re into alternatives, you’ll want to read my stories. Check them out on Amazon. 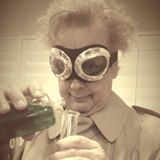