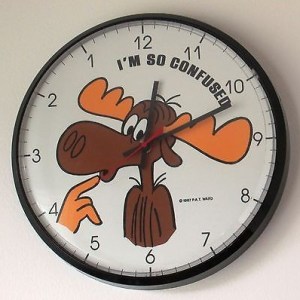 Those of you unfortunates in the rest of the USA lost an hour today. We in Arizona (and Hawaii; our fellow holdout Indiana succumbed to the Borg a few years back) do not practice such nonsense. The idea was first proposed by Benjamin Franklin, though it was a moot point since official time zones had not been established. It came into common usage in Germany during World War I with the rationale of saving coal by promoting energy savings. Daylight Savings Time is the archetypal grand government scheme in that its proponents exaggerate benefits and ignore negative external costs. If it’s such a great idea, private businesses are free to adopt summer hours on their own initiative. There’s no need for coercive standardization.

The original benefits touted for DST were energy savings. By adjusting the hours most people were awake, it would supposedly require less use energy usage. Wikipedia’s article on DST reports several studies in which energy savings were predicted, but subsequent follow-ups showed little to no benefits. In fact, when Indiana adopted DST in 2006, energy consumption actually increased due to greater use of air conditioning in the summer evening hours.

The other alleged benefit of DST is that people can enjoy more time after-work outdoor activities in the summer. Here in Arizona, this is a drawback. Due to the high temperatures, we welcome the sunset. (A few years back, our august legislature proposed reverse DST. Ugh!) Again, private businesses are free to adopt summer hours. Government offices could do so as well. However, with increasing air pollution and traffic congestion, communities would benefit far more from staggered work schedules, which would render the whole issue moot.

Now for the widely ignored downside: DST has a significant detrimental effect on health. Days on which the clock shift see a 10% increase in heart attacks (also from Wikipedia.) Its effect on global business is a nightmare because the many nations who observe “summer time” tend to shift their clocks on different days, making time coordination more baffling than a backwards Bullwinkleclock. For example, Mexico adopted DST as a result of NAFTA (so-called “trade pacts” have little to do with reducing tariffs and everything to do with the centralization of authority) even though, as a sub-tropical nation, it sees little benefit. It’s interesting to note that Mexico changes its clocks on different days than the US, meaning this “standardization” simply increases confusion.

Daylight savings time is a scam that offers our citizens little or no benefit at a significant cost. If we’re going to eliminate grand government schemes this would be a good place to start, since its repeal wouldn’t bankrupt any companies or start any rebellions. President Trump, gadfly that he is, should consider this move as a less controversial way to benefit America.

The wise Victorians didn’t observe DST. Escape to a simpler time with my steampunk novels Fidelio’s Automata and Miss Ione D and the Mayan Marvel.