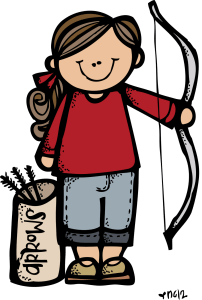 Though I haven’t read any of the books, I couldn’t help liking the Hunger Games movies. I enjoy the theme of heroic rebels opposing a brutal dystopia. Katniss, the determined but angst-ridden warrior girl, is a very appealing character. I’d like to first give my impressions of the movie, and then say a bit about its political ramifications.

I’ll start with the cons, as I see them. For the sake of brevity I’ll do them in list form:

OK, here are the pros:

My question is, how is it that over the years we’ve seen numerous anti-authoritarian novels and movies, many which like the Hunger Games were insanely popular, yet our real world government continues to get worse? At most, the influence of these movies has been superficial; Wikipedia cites Katniss’ three-finger hand signal having been used by protestors in Thailand, and the movies were banned by Vietnam’s Marxist government.

There seems to be a disconnect between the libertarian roots of American culture, and the “support the troops,” “keep us safe”, and “punish the evildoers” mentality that now dominates public discourse. Are works like Hunger Games a convenient outlet for our desire for freedom, a kind of political pornography? Were there more powerful stories that were filtered out? I’m not saying we have overt censorship — well, it does happen but at least it’s not common — yet. But I do believe that overly seditious novels (for example John Ross’ Unintended Consequences) don’t get a big-name publishers, and if they do, the movies don’t get financed. Did Hunger Games somehow sneak by because it’s based on a YA series written by a woman (Suzanne Collins) with a strong female protagonist?

Perhaps we writers are kidding ourselves to think our stories can influence real-world events. I’m not saying that Hunger Games should inspire someone to shoot an arrow at Obama. Unlike the fictional Snow, he’s a powerless figurehead, and it all it would accomplish would be to cause Barack’s real bosses to declare martial law. I would at least hope that these popular anti-authority stories could inspire people to civil disobedience. Our government can be brutal, but it hasn’t quite become Panem. The powers that be still pretend they represent us, which means that if we adopted Ghandian tactics, they’d be unlikely to mow us down in the streets like the Chinese authorities did to their citizens in Tiananmen Square.

That said, Hunger Games is better than most movie series in its genre. Too many anti-authoritarian stories maintain an element of reassurance; implying that some political leaders or systems are good, and we should just find the right authority to obey. Star Wars, much as I loved the first three movies, is a perfect example of this type. In other cases, the metaphor may be too difficult for literal-minded Americans to follow. Surely that’s not OUR government they’re talking about!

For those who take message of Hunger Games seriously, though, I’ll see join you in Washington for the biggest pro-liberty protest march ever.