The science of genetics has added a fascinating dimension to the history of mankind. For example, we once thought that Neanderthal people went extinct. Now scientists believe that modern humans have Neanderthal genes, meaning that our ancestors got close and personal with their caveman cousins. It’s also fascinating to consider when humans first occupied what parts of the earth, and in what direction they migrated. New theories have provoked fierce debate about migrations to places like Australia and the Americas earlier than experts previously believed. Genetic analysis of human remains is one piece of this puzzle. Why is this branch of science not more popular than it is? I suspect the reason may be political.

For the last few months, I’ve been reading the Gene Expression Blog by Razib Khan at the alt media site unz.com. I’ll write more about that excellent site in an upcoming blog post. Khan is an avid reader and a prolific writer on evolution, history, religion, and philosophy. He also writes frequently about the field of personal genomics and controversial services such as 23andMe. Khan’s profile lists him as a graduate student in genomics at UC Davis. His column has renewed my dormant interest in human genetics and paleo-history.

The problem is, Khan doesn’t stick to the narrative. He engages with publications and groups that are politically incorrect. Last year the New York Times booted him off the editorial pages for that reason. The gossip site gawker.com had outed him for his association with allegedly “racist” sites takimag.com and vdare.com. That’s their loss and Unz’s gain. It gives me great satisfaction, however, that VDare and Taki’s Magazine are still going strong, but Gawker is no more.

It’s appalling to think that a smart, well-spoken fellow like Khan would be punished for his associations. I’m reminded of how the Catholic Church treated Galileo’s theories. Yes, many biologists speculate on the differences between human racial groups concerning average intelligence, health, stamina, etc. This may offend politically correct opinion. Yet I don’t think that scientists actually believe the propaganda that “race is an illusion” and that all groups are exactly equal in potential. If you think about it, the egalitarian view is counter-intuitive. As a progressive friend commented to me, concerning the differences between ethnicities, “Why would you think they’d all be the same?”

My point is that science shouldn’t make value judgments. Research gives us information, which we can use for good or evil, to help people or hurt them. You may ask, what good does it do for us to know how and where humans originated, and the differences between racial groups? We don’t know. Neither did the Pope Urban VIII at the time he censured Galileo. He couldn’t have foreseen space exploration and its benefits, yet his closed-mindedness could have prevented all of that.

Arlys’ and my book Miss Ione D and the Mayan Marvel takes a fanciful look at Mesoamerican paleontology. Check it out at https://www.amazon.com/Miss-Ione-Mayan-Marvel-Adventures-ebook/dp/B01G2TBBPU/ 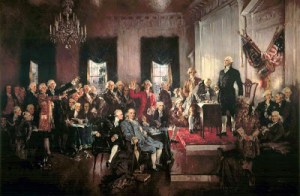 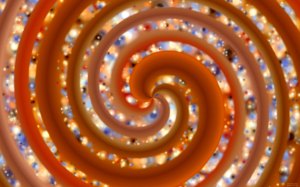 I’m a writer of fiction, which means I spend a lot of time inventing scenarios that aren’t real. I also like to think that I’m good at distinguishing an actual news stories from a hoax. Occasionally I’m fooled, because reality itself has become strange – such as the story of a kid being expelled from school for doing PHP, which the administrators didn’t realize was a programming language. Thankfully, that was a hoax. Two days ago, for the first time, I was taken in by a story that appeared to be straight out of The Onion, but was actually real.

It appeared on Alex Jones’ infowars.com, a site well known for conspiracy theories and making innocuous events seem menacing. The headline was “Trannies want you to say ‘birthing individuals’ instead of ‘pregnant women.’” The gist of the article was that LGBT activists had persuaded the Midwives Alliance of North America to adopt politically correct language (such as ‘pregnant people’ instead of ‘mothers’) on their website. A group of midwives complained about this in an open letter, and a transsexual activist in turn accused them of ‘trans hatred.’

I was flabbergasted to discover the story was no exaggeration, but 100% real. The MANA website does indeed contain this bizarre PC language, and I quickly found a post by Trevor MacDonald on the Huff Post Parents blog, called “Transphobia in the Midwifery Community.” Mr. MacDonald, as a parent, don’t you have better things to do?

Being a conspiracy buff, I tend to see everything as connected. Mr MacDonald’s rantings bring to mind one of my favorite topics, magical thinking. Perhaps because we humans are the only animals with language, we ascribe to it more power than it actually has. This is why the ancient Hebrews considered the ‘name of God’ to have immense power; thus they mandated death by stoning for anyone uttering it casually. Likewise, Muslims see the Koran as being more than the message contained on its pages; therefore its ‘desecration’ will provoke violent protests. Millions of people seem to live in a Harry Potter world, where uttering the name ‘Voldemort’ will bring the Dark Lord to their door.

Such beliefs aren’t confined to the religious. Our society is awash with secular ‘social justice’ activists who flip out over mere words. Conservatives see this as the influence of Antonio Gramsci, a Marxist theorist who advocated promoting revolution by attacking the cultural foundations of society. That may be so, however, I blame the Sapir-Whorf Hypothesis.

Sapir and Whorf were two linguists who never actually collaborated. Their ‘hypothesis’ is the idea of linguistic relativity, that a language determines the way its speakers experience the world. Benjamin Whorf is best known for his study of the Hopi language, in which he speculated that its lack of past tense verbs influenced the way its speakers experienced time. This idea was all the rage in the psychedelic 1960’s. It was the basis for Robert Heinlein’s 1961 novel Stranger in a Strange Land, in which the lone survivor of a Mars expedition is discovered, having been raised by the spirits of deceased Martians. His knowledge of the Martian language gives him a special view of the universe, as well as psychic powers. As much as I enjoyed the book, it was, alas, fiction. Even Whorf’s theories appear to have fallen out of favor in the linguistic community.

In other words, though language may influence our view of the world, it can’t change reality. Wishing for something won’t make it so. Even surgery can’t change biology. Woman can have babies; men can’t. If the facts of life intrude on someone’s fragile self-concept, that’s unfortunate.

Transsexuals have more serious issues to confront than ‘transphobic’ speech. A 2013 survey found straight Americans to be more accepting of gays and lesbians that they are of transsexuals. Perhaps it’s squeamishness; the thought of a man having his genitalia removed makes many of us cringe. Despite having these feelings myself, I support transsexuals in their personal struggles.The transsexuals I’ve met seem to just want to be accepted for who they are.

On the other hand, if I were an evil doctor bent on destroying the LGBT movement, I would secretly promote the social justice warrior mentality. Nothing scares the straight world more than outsiders who want to ‘corrupt’ their children and forcibly change their lifestyles. This is why Americans perceive ISIS/ISIL as such a threat, and why many people suspect it to a gigantic psy-op – evil, murderous and barbaric, but a psy-op nonetheless.

Yes, I support the LGBT community’s quest for acceptance and equality. But attacking the straight world for being straight is not the way to accomplish that.

Illustration is “Cinny Bun System” by Thunder Falcon on publicdomainpictures.net.