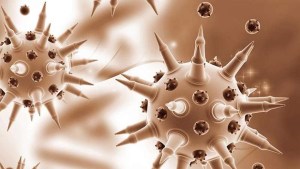 Technology fads come and go as they vie for the attention of our fickle media. One such fad was nanotechnology, the branch of engineering which operates at or near the molecular scale, around 1-100 nanometers in size. In the 1990’s it was the darling of the science media here in America. When the most outrageous predictions didn’t come to pass, the public turned its attention to other topics, such as genetic engineering and space exploration. In reality, nanotech has become part of our lives and thus as invisible to us as water to a fish.

Richard Feynman, a renowned physicist, is credited with the origination of the idea in a talk he gave in 1959, though he did not call in nanotechnology. That term was coined in 1974 by Norio Taguchi, a professor at the Tokyo University of Science. The idea didn’t catch the public imagination until 1986 and the book Engines of Creation: The Coming Era of Nanotechnology, by American engineer K. Eric Drexler. He proposed that manufacturing could be revolutionized by creating nanoscale “assemblers,” tiny machines which could replicate themselves and larger things.

Science fiction writers ran with the idea; a prime example is Neal Stephenson’s award-winning novel Diamond Age (1995), in which nanotech was a positive but disruptive technology. In Kathleen Goonan’s Queen City Jazz (1996) nano-machines run amok, turning whole cities into “gray goo.” An episode of Season 3 of Star Trek the Next Generation (circa 1990) featured a plague of microscopic silicon-based “nanites.” The worry of a nanotech has so far been unfounded. One of the biggest limitations of these tiny machines has been the difficulty of supplying energy at this scale; this has so far kept the doomsday scenarios at bay.

Though the technology doesn’t get nearly as much press these days as it did in the 1990’s, it’s become a critical part of our technology. The website of the US government’s Nano-Technology Initiative lists several widespread uses, most dealing with the creation of micro-electronics. It also mentions bio-engineering applications such as nano-particles that can cure influenza (see artist’s conception above.) Nanotech could eventually provide inexpensive cures for tough diseases such as cancer and HIV, though unfortunately, these are probably years away.

Though public attention is fickle, new ideas such as nano-technology take a considerable time to develop from conception to practical applications. Neither the extravagant promises nor the exaggerated threats of nano-scale engineering have come to fruition. Like all technologies, it has the potential for good or bad. Hopefully, scientists and engineers will make the right choices and allow us to banish diseases such as cancer from the earth.

The above illustration is from http://www.nano.gov/.

If you like small things, you’ll enjoy my short stories such as Fidelio’s Dilemma, available on Amazon.