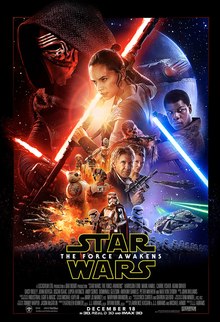 A few days ago I encountered a fascinating article by the investigative journalist Seymour Hersh, a man whose writings I give a lot of credence. Entitled “Military to Military”,  the piece alleges that the Pentagon and the CIA have been at odds about the crisis in Syria. Hersh reports that the US Military, acting contrary to the policies of the Obama administration, shared information with the government of Bashar Assad in Syria, to help it fight the so-called Islamic State (ISIS.) The brass, alarmed about the growing influence of ISIS, decided that Assad’s regime was preferable to a Syria run by lunatic Islamic fundamentalists. General Michael Flynn openly objected to Obama’s strategy of arming terrorists and was fired; after that, General Martin Dempsey acted secretly to help Assad. According to Hersh, this secret rebellion ended with Dempsey’s retirement from the Joint Chiefs of Staff this September.

This story is a bombshell in itself, but it caused me to make a connection to numerous articles in the alternative media I’ve read about Obama’s mother, Ann Dunham, having worked for the CIA. This is cited as one of the reasons for Barack’s sudden rise from obscurity to President. The Wikipedia article about Dunham says nothing about this (if Wikipedia were objective, they would have at least noted the allegations,) but it notes a long sequence of non-profit and quasi-government jobs in Kenya, Indonesia, and Pakistan. This perfectly fits the pattern of CIA cover employment. So if the mother was a CIA asset, why not the son?

I see the Hersh article as another piece of evidence of the battle between different factions in the American Deep State. On one side is the Pentagon, on the other the intelligence services. My view is that as bureaucratic, inefficient and corrupt as our military is, it is still, at its heart, a pro-American institution. We can’t say the same for the CIA, whose predecessor the OSS was instrumental in bringing Nazi scientists to America, and was almost certainly involved in anti-democratic debacles such as the JFK assassination, the 9/11 attacks and the false-flag terrorism of “Operation Gladio” in post-war Europe.

I do occasionally agree with Obama’s foreign policy initiatives; his support of the nuclear deal with Iran and normalization of relations with Cuba are two of them. It seems to me, however, that both of these have the same motivation as the coup in Ukraine and Islamic terrorism in Syria – an attempt to marginalize and otherwise punish the un-cooperative leaders of the Russian Federation. To risk nuclear war by way of Machiavellian maneuverings is exactly the kind of treason the CIA is known for. As we near the end of the immensely unpopular Obama administration, it’s well worth thinking about.

Recently while perusing the techno-geek site slashdot.org, I came across an article expressing a familiar meme that I’d like to address in this post. When I say meme, I’m not talking about a funny cat picture; I mean it in the original sense of the term as coined by Richard Dawkins, that of an idea that seems to reproduce itself like a gene. The Slashdot item referred to a December 1st article in the Washington Post, entitled “Why people think total nonsense is really deep.”

The article describes a study by Gordon Pennycook of the University of Waterloo, which measured the receptiveness of people to ascribe profundity to nonsense. In one phase of the study, a quarter of the 300 participants rated randomly generated nonsense statements as being more profound than genuine well-recognized proverbs. To me, this has interesting ramifications about the human brain’s tendency to look for patterns where there are none. This was, however, not the focus of the study. The researchers attempted to correlate this willingness to see nonsense as profound, and came to the following conclusion:

“Those more receptive to bullshit are less reflective, lower in cognitive ability (i.e., verbal and fluid intelligence, numeracy), are more prone to ontological confusions [beliefs in things for which there is no empirical evidence (i.e. that prayers have the ability to heal)] and conspiratorial ideation, are more likely to hold religious and paranormal beliefs, and are more likely to endorse complementary and alternative medicine.”

To put it bluntly, (and this is solely my interpretation) people whose beliefs fall outside the mainstream are that way because they’re stupid. You see this attitude most prevalently in websites such as Rational Wiki, whose mission statement includes the following:

“Crank” ideas, in their view, don’t just include widely-held superstitions and religiously inspired viewpoints such as Bible-based creationism. They also include climate-change skepticism, the 9/11 Truth movement, and believers in a JFK assassination conspiracy – three categories that implicate yours truly. Now I’m not saying that the writers of Rational Wiki don’t sometimes make a good argument. But I have noticed a significant amount of editorializing and hand-waving in some of their articles – as well as the inclusion of the craziest “theories” – for example, the belief that President Kennedy was abducted by aliens – along with the more widely supported ones. What a shock! These uber-rational folks, who are dedicated to exposing flaws in other peoples’ reasoning, resort to the well-worn “strawman” fallacy, as well as the notion of guilt by association.

In this mainstream view, credulity is contextual. If you readily believe the authorities and the standard explanation for an event or phenomenon, you are rational. (Unless you live in Russia, in which case you would be one of Putin’s Brainwashed Minions.) If you are more partial to alternative theories, you’re credulous and perhaps even mentally unbalanced. Obviously, I disagree: all conspiracy theories and alternative philosophies are NOT created equal. Many if not most of them are, in my view, total bunk. But we must also consider the number of theories that went from “crazy” to accepted, such as the Copernican view of the universe, continental drift (a.k.a. plate tectonics) and evolution.

As for the notion of guilt-by-association: Some may point to the popular documentary “Loose Change” and its collection of unsupported, unrelated and sometimes contradictory theories as “proof” that all truthers are cranks, and therefore conclude that the government’s story of 9/11 must be true, Yet alternative journalist James Corbett does a really impressive job of poking holes in the official story in his brief video, “9/11, A Conspiracy Theory.” Am I contradicting myself? Not at all.

It occurred to me years ago that a secretive government agency such as the CIA could easily influence the news, planting false and misleading stories, and thus manipulate public opinion. In fact, the Agency is widely acknowledged to have done so, not just in the Communist bloc and the “third world,” but in nations considered to be our allies. Does the fact that it’s illegal for the CIA to act inside the USA mean that it won’t? Of course not: “national security” will ensure that the Agency is rarely, if ever, exposed when it does so. And if some whistle-blower does expose them, they’ll be dismissed as — you guessed it — a paranoid conspiracy theorist!

The sarcastic title aside, the point of this post is not that I’m right and “they” are wrong, but that we should all be skeptical, no matter what the source of the information. Everyone has an agenda – even the people we see as “good guys.” As for the “bad guys.” assuming they do indeed have evil motives, they would have no problem inserting disinformation into our “trusted” sources, or infiltrating their agents into “good guy” organizations. In other words, question everything – including this article!

Above “tinfoil hat” image is from http://www.clubpenguinwiki.info/wiki/Tinfoil_Hat