Above image from patheos.com

Most of the 11 or so people who follow my blogs and my Facebook author page are probably aware of my bias on the upcoming elections. After really pissing off some old friends with my recent post bashing Gold Star dad Khizr Khan for his work on behalf of the terrorist state of Saudi Arabia, I’ve decided to quit pussyfooting around and make my unvarnished opinions public. After that, I plan to take up Zen meditation and only blog about things which I can spin in a positive way, unless of course, the sky turns out to be actually falling. Submitted for your approval below are my predictions and odds for the four, yes four, major candidates.

Hillary Clinton
Best case: Clinton’s reign is a continuation of the Obama administration, with the US muddling along through a stagnant economy, botched foreign interventions, and increasingly stifling political correctness. Congress manages to nip the worst of the Clinton agenda in the bud. She does manage to appoint a totally unqualified transgender lawyer as Attorney General. Social justice warriors blame whites and Republicans for “lack of progress” and incite fierce riots in the inner cities.
Worst case: Clinton is the “fall gal” for the Evil Globalist Agenda, which I believe is this: America’s individualist culture must be destroyed. Christian, conservative, and libertarian websites are shut down by “hate speech” laws ratified by a progressive-dominate Supremed Court. The Draft is renewed for men AND women, to provide cannon fodder for the US invasions of Syria and Iran. Local police are forced to carry out door-to-door confiscation of private firearms, which provokes open rebellion and the secession of ten states. Vladimir Putin, furious with the admission of Ukraine to NATO and the US carpet-bombing of the Russian-speaking rebel areas, threatens nuclear war.
Odds of winning: Despite being ahead in the jury-rigged polls publicized by the media, Clinton is despised by half of the population, so I’ll say 50%.
Personal stake: I would vote for Satan Himself before voting for Hillary.

Donald Trump
Best case: Trump becomes the American Putin (who is viewed by the Russian people not as a dictator but a national savior.) He takes down Wall Street, arrests corrupt bankers, and breaks up the big banks and health insurance monopolies. He withdraws from NATO and NAFTA and scuttles the TPP. Congress blocks the building of the  border wall, so Trump instead promotes a constitutional amendment banning government benefits for illegals and ending “birthright citizenship” for their kids. It passes, causing millions of them to self-deport. The economy briefly tanks but then begins to recover. On the downside, Trump finds legal ways to arrest his most vocal critics. The inner cities experience devastating riots as welfare benefits are cut, and most large cities are put under martial law.
Worst case: Trump’s administration is like that of Arizona’s Sheriff Arpaio, presenting a “get tough” image with little substance. Congress blocks Trump’s most radical reforms and begins impeachment proceedings within the first 90 days. Trump’s executive order repealing Obamacare leaves nothing in its place and millions are left without coverage of any kind. Several liberal coastal states threaten to secede. Trump negates the Iran nuclear deal, causing the frustrated mullahs to start an actual nuclear weapons program (as opposed to the current one, which exists only in the minds of the neocons.)
Odds of winning: Despite also being despised by half of the population, Trump’s supporters are better at getting out the vote, so I’ll say 55%.
Personal stake: I will hold my nose and vote for Trump if there appears to be any chance that Lucifer, I mean Hillary, could win my home state. By the way, that’s very doubtful.

Gary Johnson
Best case: The allegedly libertarian Johnson wins as a Congressional compromise after a deadlocked electoral college. As President, Johnson muddles along like Jimmy Carter or Gerald Ford, managing to enact modest cuts in entitlements and military spending. The economy grows, albeit very slowly. Johnson’s biggest success is to replace Obamacare with a voucher system and repeal laws that prevent health care competition, giving the public much-needed relief from astronomical health insurance premiums.
Worst case: Same as the above, except that Johnson’s weak-minded cuts to government engender fierce opposition from “entitled” public dependents as well as conservatives frustrated by a lack of progress. With his approval ratings at rock bottom, Johnson’s firing of mutinous neoconservative generals causes the first successful military coup in US history.
Odds of winning: Believe it or not, I think the above scenario has an actual chance as the Establishment desperately tries to prevent Trump from winning, especially if Clinton’s legal situation worsens. The Republican-controlled Congress is likely to see any former Republican governor, even a proponent of legalized weed like Johnson, as the least evil outcome. I’ll say 5%.
Personal stake: If Ebeneezer Scrooge, oops I mean Trump, appears to have Arizona sewed up, I will hold my nose and vote for this very un-libertarian libertarian to maximize Johnson’s popular vote totals in the event of the above scenario.

Jill Stein
Best case: Stein extricates the US from all foreign conflicts and cuts contributions to NATO, balancing them with increased funding for the UN. Her plan to replace Obamacare with a single-payer system is blocked by Congress, as are most of her socialistic economic reforms. She does manage to allocate savings from military cuts to enact Medicare coverage for otherwise un-insurable citizens, thus taking most of the pressure off the failing health care exchanges. Stein becomes wildly popular with her partisans, who blame Republicans for blocking her agenda. Middle Americans, relieved at the economy’s continued slow recovery, ignore the ubiquitous SJW-inspired protests.
Worst case: Same as above, except that much of Stein’s socialist agenda is enacted as law. Her programs for free universal medical care and college education cause the US to spend its way into hyperinflation and eventual national bankruptcy. Stein presides over a disaster comparable to Maduro’s Venezuela.
Odds of winning: Zero. The major media will work overtime to marginalize Stein, as they believe (correctly) that she will take votes from Clinton.
Personal Stake: I will vote for Stein if and only if Trump and Johnson drop out and she is the only alternative to Mephistopheles, I mean Clinton.

Disclaimer: The above article is satire and I don’t actually believe that Clinton is Beelzebub. Besides, it’s my understanding that Hell is equipped with an impenetrable Glass Ceiling.

Note: You may have noticed that the percentages do not total up to 100. There’s a simple explanation for this. President Obama has declared that all Americans must give 110% toward our nation’s economic recovery. 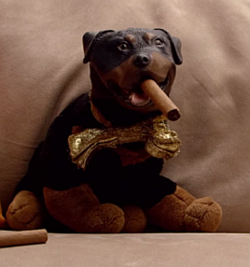 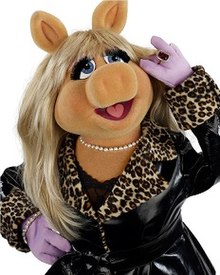